These air vents are used to discharge air that builds up inside steam supply pipes and in steam-using equipment.

The valve operates based on the difference between the temperatures of air and steam. The built-in X-element is used to detect this temperature difference, enabling the vent to discharge not only initial air upon startup, but also air which enters the vent during normal operation. This makes these air vents the ideal choice for batch processes. 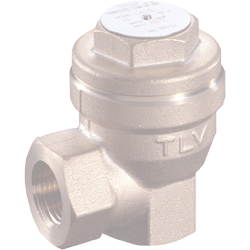 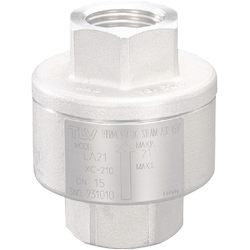 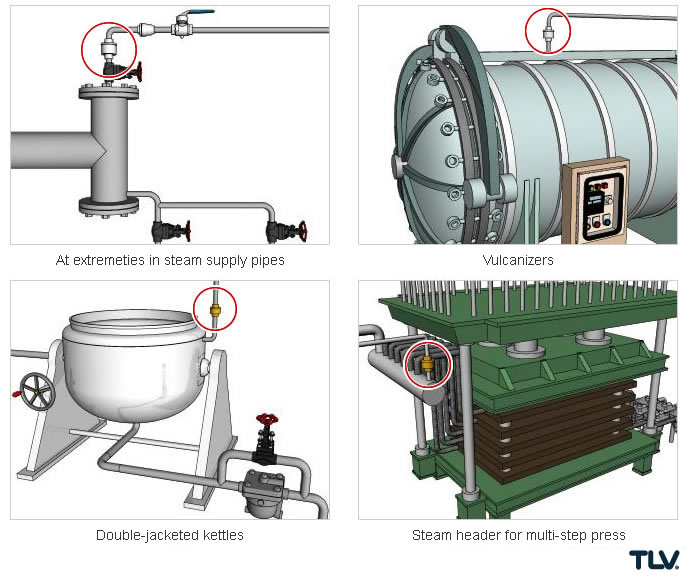 At equipment startup, the X-element valve is in the open position and large quantities of air are quickly discharged, thereby greatly reducing equipment startup time. When the inflow of steam begins, the X-element valve immediately closes. The valve remains closed as long as the temperature around it is near saturation temperature. As the inflow of air causes the temperature to drop, the valve once again opens and the air is rapidly discharged.

* When used at maximum operating pressure and with air at atmospheric pressure, 20°C