Michael Povey from TLV Euro Engineering looks at the consequences of frozen pipes and pipeline components, and what companies can do to prevent them. 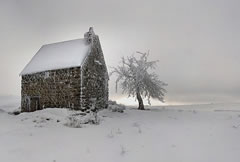 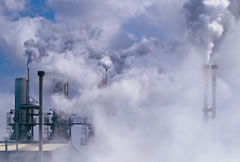 It is the same every year.

Season follows season and then, towards the end of the year (surprise, surprise) winter arrives. Sometimes it is a mild one, sometimes harsh, but inevitably there will be a cold snap that takes temperatures down below freezing, and takes a lot of companies by surprise.

Companies that are prepared for winter should not have a problem, but problems await those that aren't.

In particular, steam systems and winter weather have a love/hate relationship that is easily spotted on any cold, clear winter's day in the form of condensation from every fugitive steam emission, small or large. Small visible emissions can actually be a real advantage for planned maintenance, as small leaks can be scheduled for repair in the next outage, hopefully at a much more sensible time and in a warmer month that avoids winter at all costs.

However, larger emissions inevitably present larger problems, as winter and incorrectly operating steam systems do not mix. Heat release from un-insulated or poorly insulated pipe-work can cost huge amounts of money and significantly increase CO2 emissions. In winter, with a long enough un-insulated pipe, the steam/resulting condensate from it can freeze. It should also be noted that ambient and wind-chill temperatures are not the only problems - penetration of the insulation by rain or snow will also accelerate the cooling process, and sub-zero temperatures can even freeze previously hot pipe-work.

As well as the cooling effect of the weather there are other factors to consider in winter, including those that can cause the slowing of condensate flow. For example, a condensate strainer that is blocking will slow the flow of condensate through the pipe and trap, making a freeze-up more likely. Pipe-work and flanges exposed to heavy wind, rain and snow are more likely to freeze, and pipes lose heat and are more likely to freeze if they are bracketed directly to large steel surfaces such as pipe bridges and A-frames.

After considering these points, some may still ask what the consequences of freezing are and whether it is such a big problem if pipe-work freezes. After all, a frozen pipe will eventually defrost.

However, in the mean time, ice now occupies the whole of the pipe in which once it was a flowing liquid. As the temperature increases after the freezing incident, the volume of the ice increases per unit of mass - in other words, it gets bigger. Expanding ice does not respect the boundaries in which it is contained and will continue to expand until it turns back to water when the pressure equalises throughout the system, exerting huge hydraulic forces on pipes and pipeline components. These items are commonly pressure rated to PN16-PN40 and, as such, will probably be hydraulically tested to twice the service pressure. However, the forces within iced pipelines will be much greater than the design pressure and more than the hydraulic test of pipeline components, so something's got to give and it will usually be the weakest link in the chain - a pipeline component.

If this happens when steam pressure is off, catastrophe may be averted and there may simply be a leak when the system starts to pressurise. A much more serious problem, or even a catastrophe, may result if the system is at full pressure and a component fails. At this stage there will be an unexpected and sudden release of pressurised hot water and steam leading to very much more serious consequences to plant and possibly personnel.

There are several pre-winter checks companies can make to help prevent freezing.

In short, be prepared and do not get caught out this winter.

If in doubt, seek advice from a steam specialist or talk to your component manufacturer.