TLV Euro Engineering was selected by Ringwood Brewery to supply its new boiler house with steam equipment, including the COSR pressure-reducing valve, which it was offered on a sale-or-return basis. 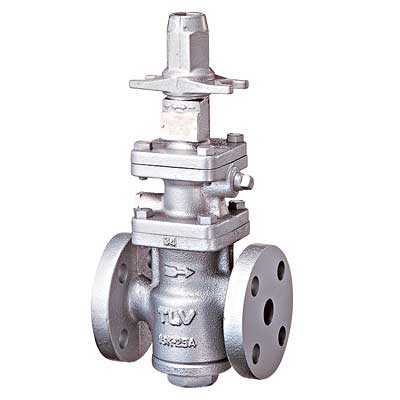 The performance of the first COSR gave Mavin, the brewery's chief engineer, the confidence to order most of the new steam equipment for the boiler house from TLV.

Having been talking for some time to TLV, which was looking for an opportunity to supply steam equipment to Ringwood, the brewery was offered a trial of TLV's COSR pressure-reducing valve on a sale-or-return basis.

The performance of the first COSR gave Mavin the confidence to order most of the new steam equipment for the boiler house from TLV.

Steam is produced by the Ringwood boiler at 8 bar and reduced by one of TLV's COSR pressure-reducing valves to 4 bar for the majority of the brewing processes.

However, two other COSRs have been installed at locations around the brewery to further reduce the steam pressure to 2 bar for cleaning and sterilization applications.